“The single biggest problem in communication is the illusion that it has taken place.” ― George Bernard Shaw 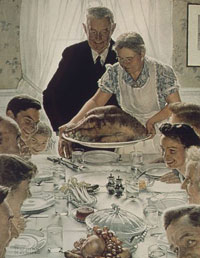 A recent survey of Americans revealed that 69% would skip holiday gift giving if their friends and family would agree. Most of those surveyed opined that they would have more time with loved ones if they weren’t so busy shopping.

To quote the movie Cool Hand Luke, “What we got here is failure to communicate.” Over two thirds of Americans are doing something they do not want to do yet they could easily remedy it by openly talking to those they are closest with. What is the cause of this communication breakdown? Is it possible that there are other things that people are not talking about, but should? 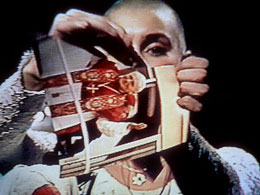 It has become painfully obvious that many in Hollywood knew of the sexual predations of producers and others with power but remained silent for years. Perhaps some of the victims and witnesses saw what happened to Sinead O’Connor. In the early 90’s the young singer tried to kick start a conversation about sexual abuse in the Catholic Church through a song and strong symbolic gesture but was instead harassed mercilessly by those who were either ignorant of the facts or wished not to know.

As serious as these past and current sexual abuse accusations are, there are even more disturbing things afoot. In what is perhaps the most stunning silence of our modern times, there has been a near total absence of discussion regarding the out of control militarization of American culture and its brutal effects on nations across the globe. From Bush to Clinton to Bush Jr and Obama, this moral outrage has remained largely unspoken, and perhaps unknown, by the majority of Americans as the number of wars has continued to grow, costing trillions of dollars and inflicting untold misery.

In this holiday time, in the spirit of those speaking out against sexual aggression, we call on all good people to voice their opposition now to the endless wars abroad and the coinciding attacks against personal freedom at home.

We must work together to be heard. Politicians are masters at silencing the peaceful through evasion, intimidation and fear. They are practiced deflectors, able to distract people with heated discussions of flag burning and arguments over whether to stand for a war anthem. They are merciless against any that would blow the whistle. It is unfortunate that the compliant mainstream media continues to provide them cover, finding it much easier to sell ads by not opposing the State. Ratings do go up, after all, at the start of each big new war while old wars continue to smolder and destroy, largely without notice.

The time for fearlessness is now. We have long been told to never let down our guard yet failed to notice our gradual enslavement to the State. Let’s be brave and be willing to stand together now and endure whatever repercussions come from quickly exiting these wars.

Let’s also be honest. The United States did not end when it withdrew from Vietnam in 1975, and the world will not come to an end when the US inevitably withdraws from Asia, Africa and the Middle East. This is not isolationism. We do not need to withdraw from the world but can instead, by withdrawing from militarism, embrace it through the promotion of travel, trade and shared good will.