“The ultimate obscenity is not caring, not doing something about what you feel, not feeling.” ― Rod Serling

Do you have something to say? Please send your comments, questions and suggestions to Feedback@TheNonAggressionPrinciple.com. 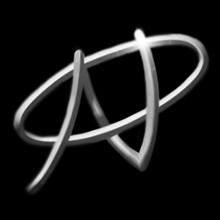 For those creatively inclined, we are currently looking for artistic contributions, primarily pictures, artwork and videos, that promote the . If we use your work on this site we will, if you wish, link it back to other peace and liberty partners you may want to promote.

Also feel free to use the logo in your work. I have released color and black and white versions of the logo under the Creative Commons Attribution license for all to use freely to promote and .

Q: What is a libertarian?

As the name suggests, a libertarian is a person who places a high value on personal liberty. It naturally follows, then, that most libertarians embrace the as a core component of their philosophy. The is after all predominantly about freedom, with the single restriction that you may not initiate force against another person or their property.

Restrictions against murder, rape, theft and other offensive actions follow naturally from adherence to the . Additionally, most libertarians are insistent that governments, like individuals, should not be exempt from these restrictions, no matter what the stated ends. Contrary to what the ruthless and bloodthirsty communist leader V.I. Lenin said, the ends do not justify the means.

Libertarians recognize that liberty is not the only nor even the highest value to aspire to but that it is a necessary ingredient to be fully human. Without it we cannot be moral, because morality requires the freedom to choose.

Libertarians are not necessarily members of the Libertarian Party. During the 2016 election cycle the leadership of that organization seemed little interested in making the Non-Aggression Principle a core value of their party.

Nor are libertarians necessarily libertines. Most libertarians understand that actions have consequences and that reckless behaviors often have negative outcomes.


Q: Doesn't the , and the free market in general, favor the intelligent, wealthy and well educated?

Going back to first principles, to be radical, is to understand that it is life itself that favors the intelligent or those gifted in some other way. Because the is life affirming, it is obvious that those with gifts would flourish. The great thing is, in our interlinked society, this is to nearly everyone's benefit.

Hundreds of millions of Chinese have escaped poverty in the past forty years. This is to the benefit of nearly all of us. It came about through the recognition that the Communist experiment in forced equality had failed. In the 1970's the Chinese leadership, while retaining political control with an iron fist, contradicted the foundational tenets of communism and allowed for a partial return of the free market along with the recognition of individual property rights. The number of people that have benefited from this partial return of freedom is staggering.

More information about the equality trap and other misconceptions can be found in the section called Mirages and Delusions.


Q: Does the adherence to the require rugged individualism?

Not at all. People are free and encouraged to make connections and build communities. Many if not most of any culture's greatest achievements are the result of collaboration. The only requirement is that these communities not be built on a foundation of force, coercion or violence.