“If a man could mount to heaven and survey the mighty universe, ” – Marcus Tullius Cicero 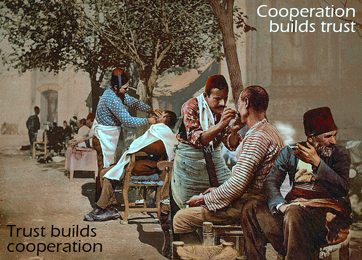 In all but the most primitive economies, . So it is that one person may chop down a tree, another may saw the wood into boards while a third may shape it into a table. At each stage a person is handing off a physical manifestation of their labor (i.e. property), to another person, often in exchange for another good or service. Thus it is that , to give appropriate credit to each person’s effort, .

The concept of property does not necessarily require direct possession or control and this is where things can get complicated. Because it is impossible for modern humans to carry all the tools, clothes and other accoutrements of civilization, even when they are not currently under our physical control. This , and a building block for civilization.

As bands of mobile hunter-gathers began the transition to sedentary farming, they had to required in growing crops and to correctly credit the labor to the appropriate individuals and groups. Much of the early writing in societies like ancient Sumer, for example, consisted of detailed tabulations of individual crop production, cattle ownership and transfers of property. In early agricultural societies, whether the land was held in common and individual efforts were tabulated and credited or whether the land was clearly subdivided so that each individual or family had an explicit connection to the production, to publicly recognize individual production was vital in maintaining the required for raising crops and livestock.

Over time, as the requirement for the majority of people to work the fields faded, and as more people entered craft, trade and other occupations, the concept of money developed as another way of tracking individual production, perhaps first in the form of rare materials such as gemstones or precious metals and later as more abstract representations of wealth such as paper currency or bank certificates of deposit. All of this served as a further refinement of what is defined as property. It is quite easy to be tripped by words, to be led astray by misunderstanding and ambiguity. Words, after all, are only approximations of reality. They are abstractions. Additionally, words can have multiple meanings, some of which may even be contradictory. 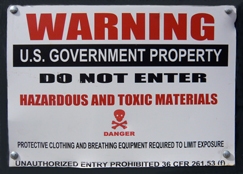 Similarly, in the United States what is called "public property" is not really owned by the public at all but is totally controlled by governments at various levels. You may consider yourself part of the public but you have little or no say in how the property is actually used. . Since you cannot sell, transfer or in any way control your supposed share of any "public" land, the reality is that you are not even a partial owner of any land so designated. "Public property" in the United States is actually . 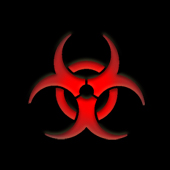 History shows that have a to manage the supposedly "public" land in their trust .

In the United States, large swaths of public land have been poisoned by toxic created in the State's endless love affair with the preparation and implementation of war. Between 1945 and 1992 the U.S. government detonated over a thousand nuclear bombs, 219 of which were above ground. The nuclear fallout from these government tests poisoned tens of millions of uninformed citizens and caused .

U.S. citizens that survived the atomic bomb tests continue to be mistreated as they and their children are squeezed to pay massive and growing clean-up bills for past, present and future wars. One project to decontaminate a former nuclear weapons development site in Hanford, WA will cost taxpayers over $40 billion for the six decade project. Unfortunately this is just a fraction of the total cost of the State's mismanagement of public land as the government has determined that there are as many as in need of environmental clean-up. 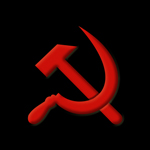 Peoples and habitats in former Communist countries like the Soviet Union likely fared even worse. The began its stunningly rapid journey toward becoming a under communist rule. The Soviet State looked only to the short term as it diverted and sucked dry the rivers that had once refreshed it. Likewise, Soviet constructed nuclear power plants took dangerous short cuts in safety, ultimately . 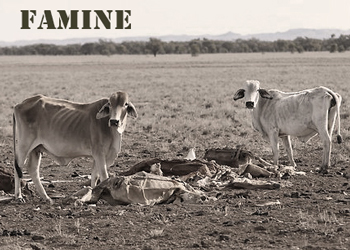 A commons is any area or natural resource that can be used freely with little or no restriction. Like government controlled property, resources held "in commons" tend to be poorly managed.

In the 1830's, the idea of a was developed in the U.K. It argued that resources such as community shared pasture lands were at risk of being overused without mutual agreements and rules to limit each individual's use.

This theory has since been supported by numerous observations of overgrazing, overfishing and large scale pollution of commonly held land, water and air resources across the globe. , concerns for the long term seem to evaporate. Instead of cooperation and consideration for the future, , fearing they may not get their "fair share". In contrast, . This is true whether the resources are farms, fisheries or forests.

The benefits of private property 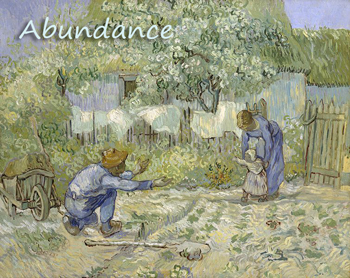 Whether it be the protection of land or the maximization of its productivity, a realistic understanding of human nature and a basic knowledge of history suggests that the most beneficial type of ownership is privately owned property. This private property can be controlled by such as land trusts dedicated to preserving the environment. There is no need to rely on an idealized and unattainable "Soviet Man" or to blissfully believe, in denial of all evidence, that everyone will take good care of that which they do not own or do not have a personal connection with. 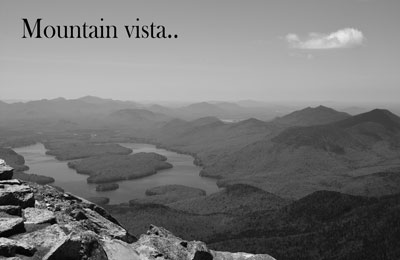 Like the view that can be experienced from a mountain top, a broad examination of history can provide us with a much improved perspective. . If we zoom in closer, we can gain knowledge of what to avoid and what to pursue.

One thing that is certain is that people in the past often struggled through extremely harsh times. In looking at early American history we find that the members of both the Jamestown and Plymouth colonies suffered mightily in their first years of operation. At Plymouth, barely half of the original 103 settlers survived the first year. The colonists at Jamestown fared even worse. By 1616, after nine years of operation, only 350 of the original 1600 immigrants to the settlement remained, most having died of starvation and disease.

Now move ahead several centuries to Europe and Asia. In the late 1920's and 1930's, in the newly established Soviet Union, it was not hundreds or even thousands but literally . This was repeated three decades later in communist China when . 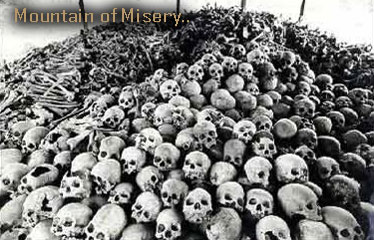 While the type of rule at these various locations may have differed, they did have one thing in common. What connects all of these failures is . In all four places those that worked the fields either had no ownership rights or were .

In the USSR you could be sent to the Gulag, a vast system of labor camps, for merely questioning the "obvious benefits" of communism. The communist Chinese also worked to repress opposing ideas with their own system of re-education camps and other types of thought control.

Fortunately in all four places the benefits of private property were eventually recognized. In the two American colonies, after several years of hardship the rules were changed to allow for private ownership of land. 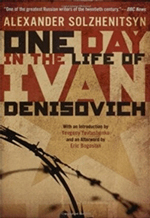 Unfortunately, in both the Soviet Union and China, citizens suffered unnecessarily for decades longer as the communists rulers were much slower to change. , supposedly founded on a scientific understanding of history, has in fact demonstrated .

In the late 1980's, as the Soviet economy floundered, the newly appointed Gorbachev led his nation into a program of Perestroika, or restructuring, allowing for some private ownership of businesses in a desperate attempt to save the communist government. Inevitably the collectivist system was abandoned as the communist Soviet Union disintegrated in 1991.

In China, while the communist party has been able to maintain its rule into the 21st century, it has only done so by allowing the , in effect refuting one of the central tenants of communism. This was begun under the courageous rule of Deng Xiaoping in the 1970's. One significant effect of this has been the , demonstrating the power of private property and the free market to bring prosperity. 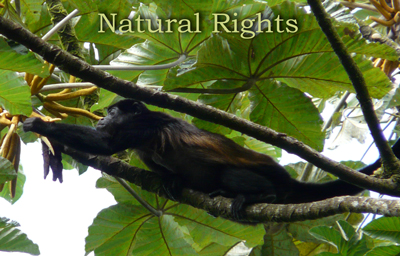 As noted above, governments do not necessarily use property in the best interest of the public or the environment. In contrast, individuals and groups the world over have used their private resources to buy land and other property for .

In the U.S., [1], more than twice the amount of land contained in government controlled national parks in the lower 48 states.

People in countries as diverse as Chile, Kenya and Columbia have also purchased large and small tracks of land for reserves. , private ownership of property can be than relying on the whims of changing .

The topic of "Private property and the environment" is further explored in an upcoming chapter called Treacherous Roads. In the next chapter we will be Surveying the Landscape to discover the wealth that is all around us.

- Property is a method of recognizing and protecting each individual’s productive output.

- The accurate accounting and delineation of property is vital in mitigating conflicts between groups and individuals.

The concept of property rights is a fundamental principle within the liberty community. A good introduction is Chapter 15 of The Ethics of Liberty by Murray N Rothbard.

Money is convenient medium of exchange that has been used for millennia but is often manipulated and corrupted by governments to ill effect. See What has the Government Done to Our Money?, also by Murray Rothbard.

Economic Principles: Cooperation and Prosperity - A free, condensed 8 lesson course on economic principles. Covers topics such as the "broken window fallacy", the benefits of economic freedom and the hidden costs of government interventions (the seen and unseen).

^ This Is Not a Pipe: The Treachery of Images. Painting by Rene Magritte, 1929, Los Angeles County Museum of Art (LACMA).

^ One Day in the Life of Ivan Denisovich: Written by Alexander Solzhenitsyn, published in 1962. Amazon books link.