“Whatever course you decide upon, there is always someone to tell you that you are wrong. There are always difficulties arising which tempt you to believe that your critics are right. To map out a course of action and follow it to an end requires courage.” - Ralph Waldo Emerson

As you travel the path of peace and liberty, you will find that many advocates of the are particularly passionate in their . This is not accidental as property rights are often the foundation, and in many cases an absolute necessity, for the support of other rights[1].

Sadly, in the U.S. and many other places, the rights to liberty and property are increasingly under attack, often in the name of supporting dubious "rights" such as free college education. This is a gross misunderstanding of what rights actually are.

Rights are claims or entitlements to things or actions. They are often divided into two types, negative and positive. Unfortunately, the names can be confusing. and thus require , while positive rights are obligations for others to take action. Your often called in that no other person can make a reasonable claim to them.

, or contract, between two or more people or parties. You have the right to eat (a negative right), but you do not have the "right" to force others to feed you. In order to eat, you can work on a farm, trade with a grocer or convince someone to provide food , but you have no right to force or coerce anyone to do so. Thus, despite the confusing name, are in fact positive in that they are in accord with the . Ironically, so called rights such as "free" college or a guaranteed income are not really rights at all because they require the coercive extraction of property from others.

Without the recognition of property rights, other rights such as the cannot be protected. Unfortunately, when the government “owns” large swaths of incorrectly labeled “public” land, .

People have become so used to the that they rarely consider the costs and ultimate outcome of such violations. A better understanding of and a more rigorous .

The Foundation of Rights 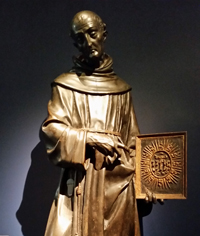 Let us first consider . It seems fairly obviously that a free press is heavily dependent on private property. In order to publish a newspaper, a person or group traditionally had to make a large capital investment in the printing machinery, newsprint and other materials as well as a building to house the equipment. Once printed, they next had the matter of distribution. In order to obtain widespread distribution, they needed to pay for transport either through capital investment in trucks and other vehicles or by hiring the labor and capital of others. Once a distribution method was established, however, they still encountered other property protections in that they could not force the publication into the homes of others. Even if distributing the publication for free and leaving it at the very threshold of a person’s home, there was never any compulsion by the targeted recipient to read or “consume” the publication. 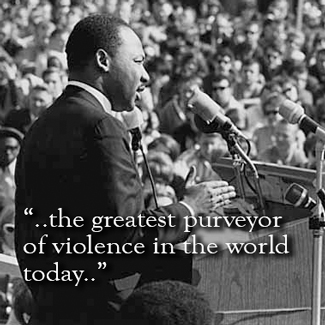 , while not requiring the intensive capital investment of printing, also depends on property. You cannot, for example, enter someone’s house in order to make a speech without their permission. In order to express your opinions verbally, you must either 1) obtain your own property through purchase, rent or charity and then invite others to join you, 2) be invited onto the private property of others to express your opinions, or 3) rely on the existence of public property. These "public" properties are of course not owned by the public at all but are instead entirely controlled by governments.

It is in the reliance on so called “public” spaces that we can clearly see how easily governments can interfere with the right to speech. In the United States, Eugene Debs was arrested for making in 1918 and was sentenced to ten years in prison. was arrested 29 times for his participation in . 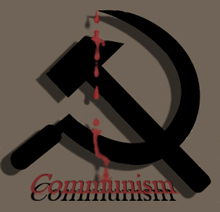 More recently, in the U.S. both the federal and local governments have taken to establishing during events such as political party conventions and presidential speeches. These "zones" are situated far away from the event attendees, effectively suppressing speech and the right of assembly.

In a similar manner , while proclaiming the right to religious expression in its constitution, severely curtailed its actual practice through its extensive control of property and the means of production[2]. By and by , the of the Soviet Union made the actual practice of religion extremely difficult. 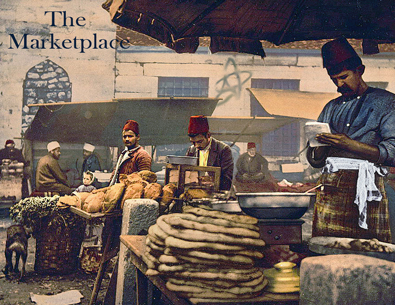 From these examples, then, it should be clear that the fundamental are in fact dependent on . Unfortunately the very concept of , in the United States and elsewhere, as business owners are penalized by state and local governments for deciding how they wish to operate and by selecting the customers they wish to serve.

A fundamental proposition of the is that individuals have the , as long as they do not aggress against another’s life, liberty or property. By extension this and is similar to the on your own property. 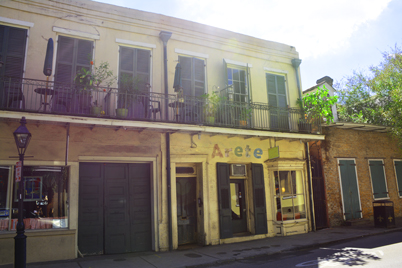 Imagine that you are the owner of a two-story flat in a thriving community. You recently bought this building to house an art studio and gallery. There are living quarters on the second floor with separate entrance doors to each level and an interior staircase connecting the two.

As a property owner, you are obviously into your home on the second floor. You are also free to defend against trespassers and to disinvite any guest, for whatever reason. As a host you know to but visitors should also know that all hospitality has limits and that they are indeed guests in your home.

Now go downstairs to your business. You are still in the same building. Should you now have fewer rights because you have descended a few feet? As a business person who hopes to sell many paintings in the community, you certainly treat your customers well. But as in your home upstairs, you should certainly be able to serve whomever you want and to also deny services if you choose.

Perhaps you are a painter who specializes in portraits but are uncomfortable doing nudes. Perhaps you do not like painting children because they are too fidgety and you do not have the patience. Whatever the reasons, it certainly seems proper that You certainly should not have to fear being threatened with the loss of liberty and property by the State because you hurt a customer's feelings.

The Right to Choose

In the late 1970’s and early 1980’s Studio 54 was a popular night club in New York. The lines were often very long to get in and the club was , giving preferential treatment to the rich, famous and beautiful. No government at any level thought to press charges against the club for said discrimination at that time, although they were busted for tax evasion (the government does have its priorities).

Fast forward to 2015: When a bakery in Oregon chose not to create a wedding cake for a lesbian couple for religious reasons, . A court in Colorado ruled against a bakery in a similar case from 2012.

Unfortunately, politicians and pundits have conflated cases like this into arguments over freedom of religion and\or speech. The issue is more basic then that. As detailed in this section, are dependent on the , rights that flow naturally from and are strongly supported by the . Until these rights are fully recognized, we will continue to see conflicts like these increase in frequency and intensity.

Support for is a hallmark of the . Both forced segregation and forced integration are clear violations of the . 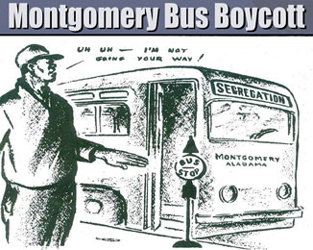 The opposition by libertarians to aggressive government implementation of supposed remedies for past discrimination is sometimes misunderstood to be de facto support of racial and other forms of discrimination. Nothing could be further from the truth. It was in fact the that libertarians enthusiastically support, and , that most aided the removal of “Jim Crow” laws and other forms of not just in the southern U.S. but throughout the country. It was only when the African Americans of the southern United States began to harness that other informal and State sanctioned barriers began to fall.

The Empire Strikes Back 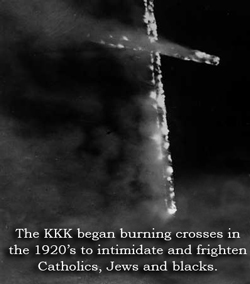 A few years after the formal abolishment of slavery in the United States in 1865, racial segregation laws that had existed prior to the Civil War were reinstituted in a number of southern states. The oxymoronically named resulted in the US citizens with the brunt of the physical destruction occurring in southern cities such as Atlanta, Georgia. Using the , a number of whites extracted retribution by curtailing the rights of blacks to vote and by placing harsh restrictions on businesses in their interactions with black customers. Racial segregation at the federal level increased in the decades that followed as well. In the 1910’s President Wilson, the first President from the south since the Civil War, formally institutionalized .

The Liberating Power of the Free Market

In the face of local, state and federally instituted segregation laws, . These forces became particularly strong following the end of the Second World War.

Prior to the war, the African American runner Jesse Owens had , challenging Hitler’s claim of Aryan supremacy by winning four gold medals. Unfortunately the US government, oblivious to irony, as it fought the forces of fascism in the supposed name of freedom. 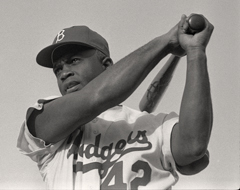 The introduction of the first black baseball player, Jackie Robinson, to the major leagues in 1947 was one the first significant post war demonstrations of . Robinson’s manager, Leo Durocher, clearly understood this when he informed his initially less than enthusiastic players "I'm the manager of this team, and . What's more, . And if any of you cannot use the money, I will see that you are all traded."[3]

Another type of market force, the threat of losing customers and revenues, also helped to break segregation. The use of , such as those that occurred in Greensboro, North Carolina, in 1960, put financial pressure on companies such as Woolworths to eliminate their racial segregation polices.

Unfortunately government operated institutions such as public schools and the voting box are less susceptible to market forces as on these operations. Fortunately, a third feature of the free market, that of , provided an additional force to end segregation. It is difficult to overstate the impact of broadcast television on public opinion in the 1950’s and beyond. [4], the full ramifications of , and the violent defense of it through , rapidly accelerated public pressure on governments at all levels to rescind the segregation laws they had created.

- Property rights are the foundation for other rights such as speech, assembly and the press.

- In the United States, civil rights groups used the power of the free market to dismantle institutionalized segregation at the federal, state and local levels.

- Technical innovations such as television and the World Wide Web have been instrumental to challenging the power of the State.

1. ^ "Human Rights" as Property Rights - Chapter 15 of The Ethics of Liberty by Murray N Rothbard.

2. ^ The Property Basis of Rights by Clarence B. Carson