"A man should look for what is, and not for what he thinks should be." - Albert Einstein

"Be the change that you want to see in the world." - Mohandas Gandhi

“Power is a bloody mirage. The closer you seem to get the further away it is” - Joe Abercrombie

“For me, it is far better to grasp the universe as it really is than to persist in delusion, however satisfying and reassuring.” - Carl Sagan 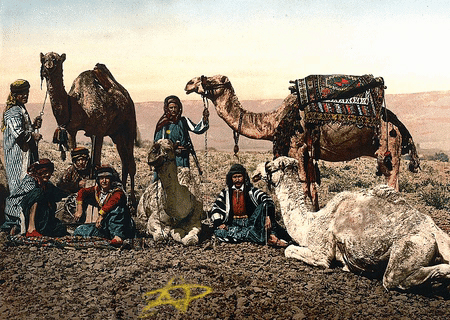 One of the criticisms of the is that, since individual outcomes in a free society are not completely equal, the is unfair and should be discarded for a more equitable system. Usually this is understood to mean that additional power should be turned over to in order to “level the playing field”, even if it means . More disturbingly, a growing number are not content with mere equal opportunity but are as well, again by .

In reality, . It ignores the inherent individual differences of age, intelligence, personality, physical attractiveness, health, effort and dozens of other factors. Even the seemingly benign concept of equal opportunity is a delusion given the wide variability of conditions across the globe.

The addresses the issue of fairness by . While the cannot guarantee equality of opportunity or results, by embracing concepts such as homesteading it provides a fair and rational method for recognizing property and resource rights.

Who is the Fairest of Them All? 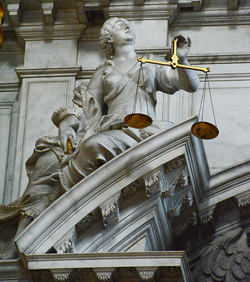 The possibility of creating completely equal opportunities, even through , is a . People are born at different times and into different circumstances. Young people recently born, for example, will likely benefit from technical advances only dreamt of by their grandparents. While it may not seem “fair” in a grand cosmic sense that the younger generation will enjoy benefits made available by the efforts of their elders, neither would it be fair for the older generations, in direct violation of the , to take from the younger generation because the elders were unlucky to have been born at a more technically impoverished time.

Similarly the cannot resolve the “unfair” distribution of resources for peoples born in different places. Even if we could start from scratch, lay a Cartesian grid across the globe and allocate each individual alive an equal area, there would be obvious injustices at the outset. Some areas are obviously warmer, some have more water and some are richer in other resources. Additionally, with the birth of new individuals, the demarcations would need to be constantly redesigned in order to be “fair”. 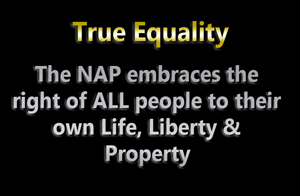 The fact of the matter is that we cannot start from zero without considerable disruption to society. By necessity we must always start from where we are right now. The concept of the is a reasonable attempt to provide a method for assigning original ownership rights to resources, be they land, water or air. Additionally, because it is nearly impossible for any single property, whatever its size, to provide every conceivable resource, a reasonable solution, within the framework of the , is to identify initial ownership through the homestead principle and to then between each property owner. 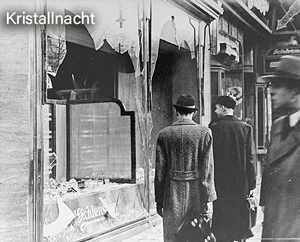 . Like fear and anger, feelings of envy are often amplified by governments in order to pit individuals against each other and to wrest control.

for something possessed by another, whether it be talent, beauty or wealth. As an emotion, it is, in and of itself, neither morally good nor bad. It is only when people against those seemingly more blessed, whether through direct theft or through the power of the State, that envy becomes . Often this deplorable thievery is cloaked as an attempt at “equality” and “social justice”. In actuality, however, it is not just the more gifted that are harmed but society as a whole. 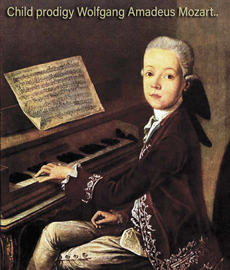 As we mature, most of us learn to temper emotions such as envy and jealousy through the use of reason and experience. We learn that . A particularly talented person may seem to be on the top of the world at one moment, only to have their careers or even lives cut short for any number of reasons. As adults, we begin to understand that there are always tradeoffs in life and that, if we desire the wealth or skills we see in others, we can focus our efforts in constructive ways rather than stewing in jealously. , not just in the fields of music, cinema and literature but in other industries as well. Instead of being envious or jealous, .

, in contrast, attempts to and to use it . Instead of allowing people to become mature, reasoning and independent adults, the State fans the flames of jealousy, pitting the less productive against the productive. The State seeks to infantilize people and to forever keep them dependent. 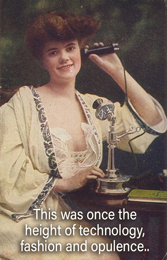 For those adventurous few, the risks can be very great but so can the rewards. 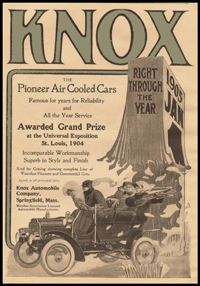 For an amazing array of human endeavors, inequality stimulates progress. This is especially true in the field of economics but doubtless applies to the arts and sciences as well. Mass markets of consumer goods often begin with the creation of very expensive items that are initially limited by price to the very wealthy. These expensive goods pave the way and help finance future improvements that allow items to reach the masses at a fraction of the original cost. Examples of these are legion: are just a few examples of products that were originally very expensive, and not very good, when first introduced.

"In matters of conscience, the law of the majority has no place." - Mohandas Gandhi 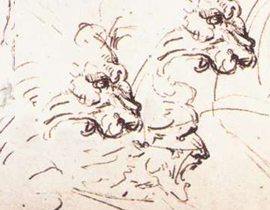 Despite what most of us have been taught since childhood, is not some great noble enterprise but is the institutionalized theft of the minority by the majority. It is, in effect, "". Even more bizarrely, in so called socialist countries, which includes the United States to a rapidly growing degree, the majority has been . The exact opposite is true as this both harms the ability of the most productive to seed the market for greater productivity and simultaneously incentivizes the less productive into contributing even less.

Further discussion of the problems and conflicts created by democracy can be found in the upcoming chapter "Losing the Way".

The Wages of Confusion

One last topic for discussion is the myth of the gender pay gap. Let us agree from the outset that there are indeed differences in both treatment and outcomes among the genders in U.S. society. Males, for example, in 2016.[1] In U.S. schools [2] and account for .[3] On the job males log 57% of the total hours worked but account for , resulting in a .[4] Women now earn over 57% of the bachelor’s degrees and 60% of the master’s degrees awarded each year.[5] when compared to women at the same age. Men are 60% of the total homeless population and .[6].

Despite all these inequities favoring women, the unrelenting complaint in the U.S. is that women allegedly make only 77% of what men make for the exact same work. Before examining exactly what is behind this supposed pay gap, let us take a look at how a , applying the , would work.

How the Free Market Really Works 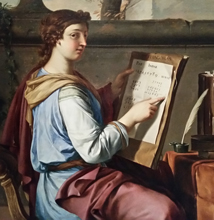 Let us agree with the popular premise that companies are greedy and only wish to maximize their profits. For the sake of illustration, let us also assume that all male and female workers are exactly equal in their productivity and are willing to work the exact same number of hours. Finally let us assume that each worker is able to produce exactly $50,000 worth of goods and services per year for any particular company that wishes to hire them. 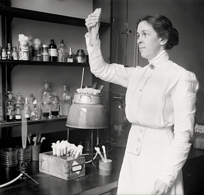 In order for a “greedy” company to make a profit, it needs to hire each hypothetically equal worker at some amount less than $50,000 per year. Let’s say that all of the men in our labor pool are willing to work for $40,000. If women are indeed working for only 77% of what men are making, with all other things being equal, Company A could hire women at a rate of only $30,800 a year. Since the company would realize a profit of $19,200 a year for each woman compared to $10,000 for each man, it is obvious that the company would soon hire only women as workers if it truly wished to maximize its profits. 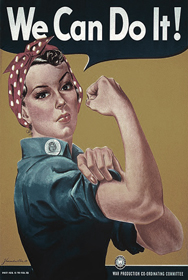 If “greed” was in fact the only factor driving hiring practices, and would begin discriminately hiring women over men. However, since with nearly any job pool there is a limited number of workers, in order to draw them away from Company A. Even when paying women a wage rate of 99% ($39,600) of what the men were willing to accept, companies would still preferentially hire women over men, all other things being equal, in order to maximize their profit.

Obviously companies in most industries are not overwhelmingly hiring women over men in the United States. Either companies are not nearly as greedy as they are portrayed or else there are other contributing factors to the supposed 23% pay gap. In fact there are .

Part of the explanation was hinted at in the statistics listed above regarding workplace death rates. With men having a than for women, it soon becomes obvious after digging into the data that men are generally more willing to take on , even when working within the same industry as women. Men also tend to , even among those listed as full time, while .[7] Lastly, themselves can contribute to wage differentials. When governments put in place , companies are incentivized to discriminate against women of child bearing age, either by hiring fewer of them or .

It seems rather ironic that socialist and other types of collectivist governments rail against the “greed” of companies while at the same time of their constituents. This is merely a means of enabling greater theft, through increased taxation, of the most productive.

Both greed and envy have at their heart an intense desire for something. The key difference is that . This is also illustrative of the difference between free markets and governments. , in order to meet the desires of their customers and at the same time feed their own “greed” for profit, . As such the free market can be seen as a positive sum game in that both customers and producers benefit. , on the other hand, can only operate by . As such, the State operates a zero sum game at best since there is no overall increase in goods or services. However, since the State usually skims off a share of its own in the process, the overall effect is actually negative, resulting in an overall loss of productivity and the impoverishment of the society.

- Even if we started from scratch, a completely equitable distribution of land and waters resources to each individual is a practical impossibility.

- The purchase of initially expensive consumer goods by wealthier individuals provides the seed money that allows the goods to become affordable to many more people over time.

4. ^ Bureau of Labor Statistics, US Department of labor

7. ^ The True Story of the Gender Gap: Freakonomics