Discovering the Wealth Around Us 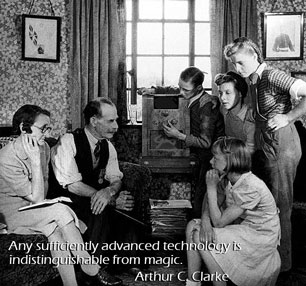 One obvious benefit of property is . Less obvious, though, is how to demark and apportion the inputs, or so called “raw materials”, that are required for this production. These inputs, often referred to as natural resources, are another facet of property to consider when discussing the application of the .

Before continuing further we should first consider what is meant by the term “resource”. Generally speaking, a resource is anything that one or more people consider to be useful, or of “value”. Surprisingly, what is considered useful can be very dependent on time and space. Consider water, for example. For a farmer growing wheat, rain early in the growing season is desirable, while too much rain near harvest can be detrimental. Likewise, petroleum is generally considered a valuable commodity but for those drilling for water it can be a nuisance. Similarly, while natural gas is useful for cooking and heating homes, at many oil extraction sites across the globe this potentially explosive gas is burned off rather than collected.

From Terra Incognita to Treasured Resource

From radium to radio waves, even the most cursory review of the history of science and technology illustrates that, for all but a very few materials, the value of a resource is largely dependent on . Territory that ancestors were once anxious to bypass or ignored completely can become highly valued by later generations when technical developments allow for the use of previously disregarded raw materials contained within. Understanding this, it is logical that some criteria needs to be identified to those who are first able to transform a raw material into something useful to themselves and others.

Since most resources are immobile and bound to the land, we will focus on the concept of land ownership while noting that other seemingly ephemeral resources, such as waterways and radio frequencies, could also be claimed as property by enterprising individuals and groups.

To begin we should note that, in the original state of nature, the default condition of ownership for any piece of land must be that of non-ownership. To discuss ownership of any territory before the arrival of humans is meaningless. It is like discussing the ownership of a distant planet. Thus it is the initial habitation of a previously unoccupied territory that provides the starting point for determining the rules for treating that land, and the potential resources within, as property.

When humans were operating at the stage of hunter-gathers, the need for a precise demarcation of land as property was limited as well as impractical to enforce. Inhabited land was generally hunted and used in common by all members of the occupying group. 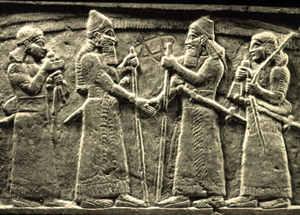 Additionally, it was not so much that the land itself was of value but rather the animals and plants that arose naturally from it. If there was any notion of ownership of the land at all, it was only when populations had expanded to the point where neighboring groups began frequenting the same territory. At this juncture, with the availability of game under pressure and the potential for conflicts between armed and skilled hunters to turn lethal, some clans and tribes . In recognizing each others occupation of a territory they created an early form of elaborated on by John Locke in the late 16th century.

- Many so called “raw materials” do not necessarily have an intrinsic value. It is only through the application of human labor and ingenuity that they become useful, or “of value”.

- Non-ownership is the logical default condition of any unused land or resource. “First use” is one rational method for assigning ownership rights.