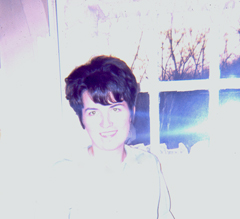 I came of age during . It was a tumultuous time, a time for raising questions, challenging injustices and seeking new paths forward. . , both in the United States and across the Pacific. In beautiful distant lands the U.S. military, in a furious rage, seemed hell bent on destroying the very people it was supposedly there to protect.

During the depths of that senseless war my mother discovered that she had Multiple Sclerosis. It hit her young and it hit her hard. Within days of her 37th birthday, she was gone. . 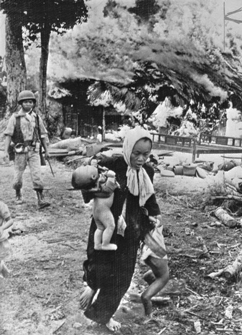 The original quote from Herodotus, referenced above, is "In peace, sons bury their fathers. In war, fathers bury their sons". War in modern times does not limit itself to destroying the lives of brave young men, however. .

Multiple Sclerosis (MS) is . In the case of MS it is the lining of the spinal cord that is attacked. through the actions of a broken and reckless immune system.

In the United States today we have the equivalent of a broken immune system. . It has created an unbalanced economy inordinately dependent on government spending. It has harmed mobility as passengers wait in long security lines and as goods are no longer freely traded among nations at war. Most disturbingly, it blindly attacks fellow human beings that are no threat but instead .

It seems that suffering can either make you more sensitive to pain or make you more callous. The sorrow I experienced and shared with my father and brother certainly made me more aware of the pain of others. That awareness, along with a lifetime’s investigation into has led me to where I am today, and driven to ending the out of control militarism infecting this country. Although we live in turbulent and challenging times

Mom, photographed by my dad in 1967; Vietnam refugees (1963) - Photo provided to Wikimedia Commons by the German Federal Archive and used under the Creative Commons Attribution-Share Alike 3.0 Germany license.