Earthly and Divine - The Many Faces of Love 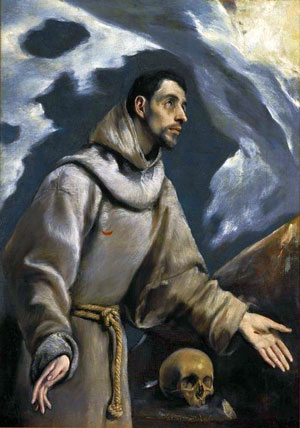 "At the center of non-violence stands the principle of love." - MLK Jr.

Like our modern era, the decade of the '60s was a time of great change and turmoil. It was also a very idealistic time, and if one were to choose three words that embodied that idealism they would likely be

In contemporary times continue that idealistic tradition, having much to say about the benefits of freedom and the need for peace. Unfortunately, seemingly little gets said about love. Hoping to help remedy that shortfall, here is my first brief entry on the mysterious and fascinating topic of .

When I was 16 I thought a lot about love. A big fan of The Beatles, I really embraced their positivity. "She loves you, yeah, yeah, yeah" and "I want to hold your hand" were hooks that had captured me when I was 12, and as I grew older I began to exam the decade from which they arose. Tracing the Beatles' history and then the history of other musicians, I learned about the in 1967 and the music festival of '69, dedicated to three days of peace and music.

Unfortunately much of the rest of that turbulent decade is more remembered for its violence and rage, in the U.S. and across the globe. Without a doubt, in the midst of the riotous violence at home and the abroad, there was certainly a deep yearning in America for both peace and love. 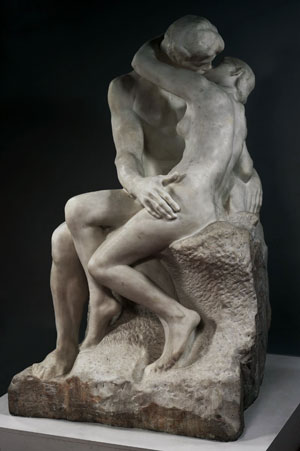 What do we really mean by love, though? It certainly seems that love has something to do with a strong attraction or affinity for something, or someone. We talk about loving a song, loving our mates, and loving our brothers. Christians will tell you that and the Beatles told us that . All of this was a bit confusing to my sixteen-year-old self. Fortunately I was helped by some kind members of a Christian youth group called Young Life that was allowed to visit our high school back in those days. It so happened that love was one of the topics at a weekend retreat they were hosting. Over that weekend I learned that there are many kinds of love and that this was understood way back in the time of ancient Greece.

The most primal type of love considered by the Greeks is . It is the deep physical desire to connect bodily with another, with "an other" who is somehow familiar yet mysteriously different. It seems a nearly universal attraction on our planet, present among animals large and small, a powerful force that has driven the evolution of life over the eons, the progenerative inspiration of passionate art and rapturous song.

Eros certainly commands a lot of attention from most sixteen-year-olds, but it is not the only type of love experienced by youth. Brotherly love, or , is a type of love usually first experienced within a family. It is the natural bond between brothers and sisters found in healthy families. It is caring for your kin. 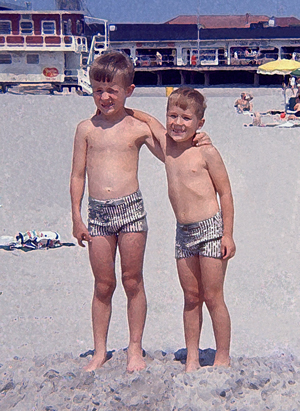 Indeed, close friends have always felt like brothers and sisters to me, and though I may not have always been the best of brothers, the love I have experienced in friendships and with my actual brother has helped me to grow into a more caring individual.

is another type of love arising from within the family. It is the maternal and paternal love of parents for their children, and the love of children for their parents. To me it seems rather poetic that through the passionate union of a woman and a man a new life is formed, and through Eros a new form of love is born.

Parental love can be a powerfully strong form of love. On the surface the parent\child bond may seem to be a particularly imbalanced type of relationship, but those who have been parents know otherwise, for the power that a child can have over a parent is beyond description.

Indeed, the depth to which parents are willing to sacrifice for the children can be breathtaking and profound, and it may very well be that demonstrations of this inspired the ancient Greeks to define yet another type of love, that of , or selfless love.

Agape was considered by the Greeks to be the highest form of love. It is a powerful and unwavering attraction to the good, the divine, the transcendent. It is a state in which the very self may seem to disappear. It is a love beyond which all words transpire. It is love without desire. 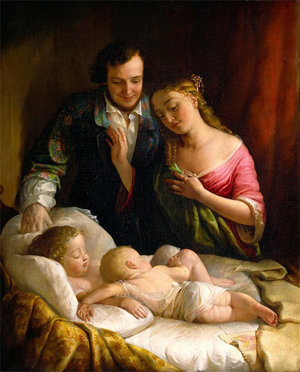 The Family versus the State

As can be seen, It should not be surprising, then, that when we see turmoil and destruction of civility and culture in our world we often find a coinciding erosion of the family.

What is the source of this destruction? What is the force that would destroy the very foundations of love? What is this power that seeks to divide us, that pits man against woman, child against parent, brother against brother? It is not hard to discover, for those that have eyes to see and ears to hear.

Over the centuries it has become clear that only the State has the coercive power necessary to weaken and destroy the natural bonds of family and friends.

In the U.S. it was the State, in its various manifestations of federal and local power, that passed and enforced the racist laws that mandated segregation in government offices and places of commerce.

In the U.S. and other countries it was the State that passed laws prohibiting marriage between members of different ethnic and ancestral groups.

In modern times it is the State that destroys the charitable impulse, muting our natural empathy through fear mongering, destroying our natural desire to cooperate through trade barriers and tariffs.

And it is the State that starts and wages the wars that destroy homes, demolish families and create countless widows, orphans and refugees.

It should be obvious that . It is a disease that strikes at the very heart of love. Ironically, . Perhaps it is because war can provide great power for those that crave it. For those of us that desire peace instead, who value freedom and the love of friends and family, we must resist the coercive and violent ways of the State and instead embrace the power of love. As Martin Luther King once said,

A more detailed look at the true nature of the State can be found in the chapter Treacherous Roads.

The Ecstasy of Saint Francis of Assisi. Public domain image of an original painting by El Greco circa 1580. Downloaded from Wikimedia Commons.

The Kiss. Public domain image of a sculpture by Auguste Rodin circa 1882. Downloaded from Musée Rodin, Paris, web site.

"Brothers on the Beach", from a photograph by Andrew Lesko.