~ Were the results of the 2016 U.S. presidential election good news or bad news for lovers of peace and liberty?

When the 2016 US presidential election results were finally revealed there was much wailing and gnashing of teeth. Some less experienced survivors of the election process decried the results as the “worst thing ever”, conveniently ignoring two world wars, the bubonic plague and other minor occurrences.

The youth, of course, can be forgiven for their tendency towards hyperbole. Wiser, more traveled folk, however, must observe these things with One beautiful illustration of this is the following Chinese parable:


So was the election of Donald Trump good or bad? For someone with a libertarian perspective, the past election cycle was just another repetition of an endless process where the most vile and power-hungry gnaw their way to the top. There was certainly no peace and liberty candidate amongst the two major parties, with both the Republican and the Democratic nominees trying to outdo each other with their blatant militarism. At best, Trump was perhaps 4% less belligerent with respect to foreign policy, offering some skepticism of the Iraq war and making some overtures towards improving relations with Russia.

The Green party candidate at least got points for proposing a position for Edward Snowden in her cabinet. Unfortunately, her economic proposals were the typical socialist nostrums that have proved a failure in countries throughout Africa, Latin America and elsewhere.

Perhaps the greatest disappointment, though, was the Libertarian party candidate. The candidate and his running mate may very well have confused and turned off perspective libertarians for a generation. With a seeming disregard or misunderstanding of property rights, their proposals, other than the legalization of marijuana, had seemingly little connection to the , one of the foundations of libertarianism. 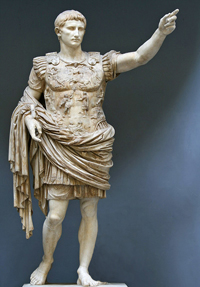 Was the election of Donald Trump good or bad? . This would have been the case whichever candidate had won. The fact is that with little or no restriction, let alone justification.

If more people have awoken to the enormity of state power and its ability to disrupt the lives of people throughout the world, it may be a good thing. If more of us are willing to push back, reclaiming the right of all people to liberty and peace, it may be an even better thing. And if more people can see past the artificial divisions created by partisan politics and unite to press for both a containment of and rapid halt to the spreading flames of war, it may be the best news of all.