"Where there is charity and wisdom, there is neither fear nor ignorance." - Francis of Assisi 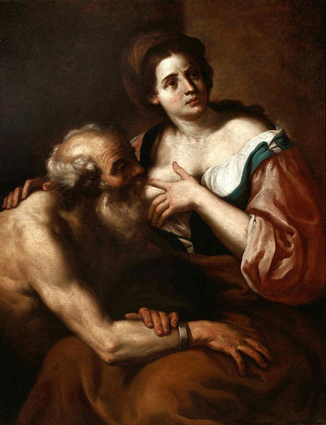 An old man suckles at the breast of a young woman. How should we view this image? Is it a dirty picture? What does that even mean? Should we be squeamish or outraged with regard to the act it depicts, or can we charitably think of a situation where such an act would be appropriate?

The image shown is from a centuries-old painting by Johan Carl Loth. Completed in the second half of the 17th century, the title of the work is "Caritas Romana", or "Roman Charity". The painting portrays a scene from a popular story that goes back millenia, all the way back to ancient Rome.

The story is about an elder man named Cimon who is imprisoned for illegally burying his father. Sentenced to death by starvation, his daughter Pero visits him in prison and secretly feeds her father from her bosom. Eventually spotted by a guard, the sentry is moved to tears by the charitable act. In the end, both the father and daughter are freed.

Generations ago the deed depicted in the painting was considered to be an excellent example of familial piety and a noble act of charity. The scene has been depicted numerous times in classical European art. The story likely originates from an even older version featuring an elderly mother as the prisoner.

The presumption of innocence 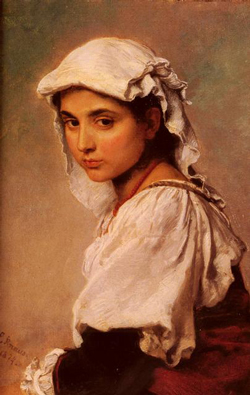 There is a concept in philosophy called . The basic idea is that one should always interpret other people’s statements in their best, most reasonable form, not in the worst or most offensive way possible.*

In our current time there seems to be a rising number of people primed to be offended, who mistakenly believe that the smallest verbal mis-queues are grounds for punishment. This is not a new phenomenon but one that seems to be intensifying.

Perhaps this is because we are losing our connections to each other. Part of this may be technological. Studies have shown that feelings of isolation and depression increase with time spent on social media. Part of it may be educational. The teaching and promotion of victimhood seems to be increasing in intensity as students are taught to see oppression from everything but the State. It is certainly political. The ruling class loves it when the public is distracted by arguments over microaggressions as the State wages war against people at home and overseas.

Viewing others in a positive light 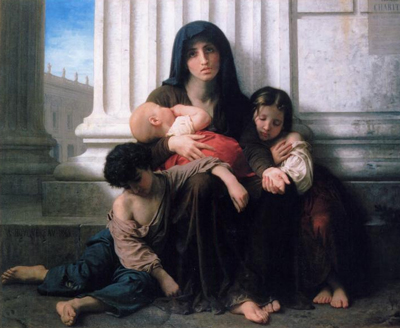 Are these people in need because of misfortune, or are they there as a natural consequence of their own negative actions?

The truth is that no one can fully know the journey that another has traveled.

One characteristic of charity is kindness in judging others. The Apostle Paul said it well:

It is said that charity begins at home. This is probably true because all charity must begin with a connection. It can be an empathetic connection like the emotional pull of family and friends or a logical connection based on an understanding of the benefits of cooperation and mutual aid. When connections are very strong giving is not a sacrifice but a necessity. Truly, with the closest connections it can feel like one's own heart will break if one cannot give generously and help others when they are in need.

The puritanical willingness to use the violence of the State to enforce one's own view of morality has long existed in the U.S., to the misfortune of many. More information on this phenomenon can be found in the chapter Losing the Way in our free online book Beginner's Guide to Peace.

* Principle of Charity - Definition is from the book "The Coddling of the American Mind" by Greg Lukianoff and Jonathan Haidt.

A Portrait of a Tyrolean Girl. Painting by Knaus Ludwig (1874). Public domain image downloaded from ClassicArtPaintings.com.

Charity. A woman with three children huddled in front of the church of the Madeleine in Paris. Painting by William-Adolphe Bouguereau (1865). Public domain image downloaded from Wikimedia Commons.