"Never underestimate the power of bad ideas. They must be refuted again and again" - Lew Rockwell. 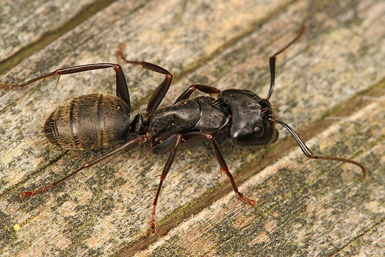 Ants, members of one of the most wildly successful families of animals ever to inhabit the planet, are remarkably humble creatures. Normally staying close to the ground, when not borrowing under it, their typical behavior is to be as inconspicuous as possible. It is in their best interest to remain hidden, and that is usually what they do.

Occasionally, though, something very strange occurs. Sometimes carpenter ants get hijacked by a parasite and, rather than staying close to the ground, they instead act like zombies. With their brains surrounded and controlled by an alien invader they climb to the top of the nearest plant and clasp to the bottom of a high-up leaf with a deathlike grip. Exposing themselves to the world, the ants soon find their typically short lives cut even shorter as their bodies are liquidated and consumed by the parasite. 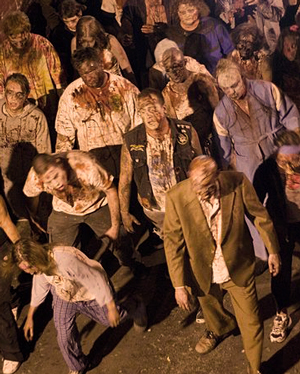 Amazingly, the parasite causing this behavioral change is a deceptively simple-looking life form known as the "zombie-ant fungus", a member of an ancient kingdom of organisms that are neither plant nor animal. By controlling the ant's brain and muscles, the fungus drives the ant from the safety of the ground to a height more conducive to the distribution of fungal spores. Having reached its desired destination, the invader then feeds on the ant's body, growing the spores that will propagate its own genetic code at the cost of the ant's life.

Tragically, our culture has also been hijacked by a lethal and invisible killer, and I am not talking about the coronavirus. Like the parasitic fungus that plagues the poor carpenter ant, the destructive force infecting our society is also deceptively simple in appearance yet is driving human behavior in an utterly destructive direction.

The parasite that has infected human society is not an organism in the typical sense but is instead an idea, a seemingly benign but ultimately destructive idea. It is an idea that has been around for centuries, one that has infected many cultures and has been called by many names. Often it is referred to as . It is the belief that . 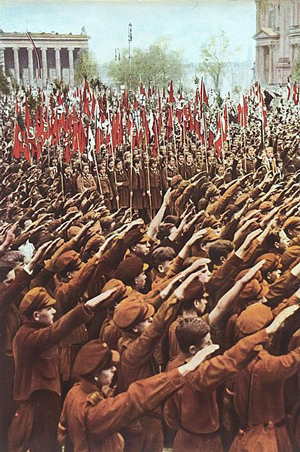 This idea has been used to excuse all nature of evil, from experiments on unsuspecting citizens to the caging and killing of humans for the expression of an unpopular idea. Unknown thousands of captives, without trial or counsel, have been tortured in American run black-op sites across the globe and millions of citizens in the U.S. alone have been imprisoned for the possession and distribution of plants and compounds used by humans for millennia. The necessary evil argument has been used to justify the starvation of hundreds of thousands of children and the invasion and destruction of dozens of countries and cultures. The idea that is a destructive and deadly virus of the mind, one that has infected Americans and the people of many other nations.

As has been shown by history, if you make the "end" grand enough, whether it be a promised paradise in heaven or a heaven on earth, Knowing the past, however, we can inoculate ourselves against this and other horribly destructive ideas.

All actions have consequences, and the means one chooses creates the ends. To suggest that war is the path to peace or that the torture of human beings is the road to knowledge is to torture the meaning of words and to make war on the English language. A careful study of history shows that the promised ends rarely are what were promoted and the means are often much more costly and destructive then described. In the end, evil is not necessary and the ends rarely, if ever, justify the means, particularly when practiced by the State. It is time to rid our minds, and our culture, of this truly terrible and destructive idea.

Those interested in a scientific explanation of how a fungus can turn an ant into a zombie can find an excellent research article at the Journal of Experimental Biology. Those interested in a literary discription of how power can turn humans into zombies should read the Lord of the Rings trilogy by J.R.R. Tolkien. Nonfictional examples can be found in nearly any history book.